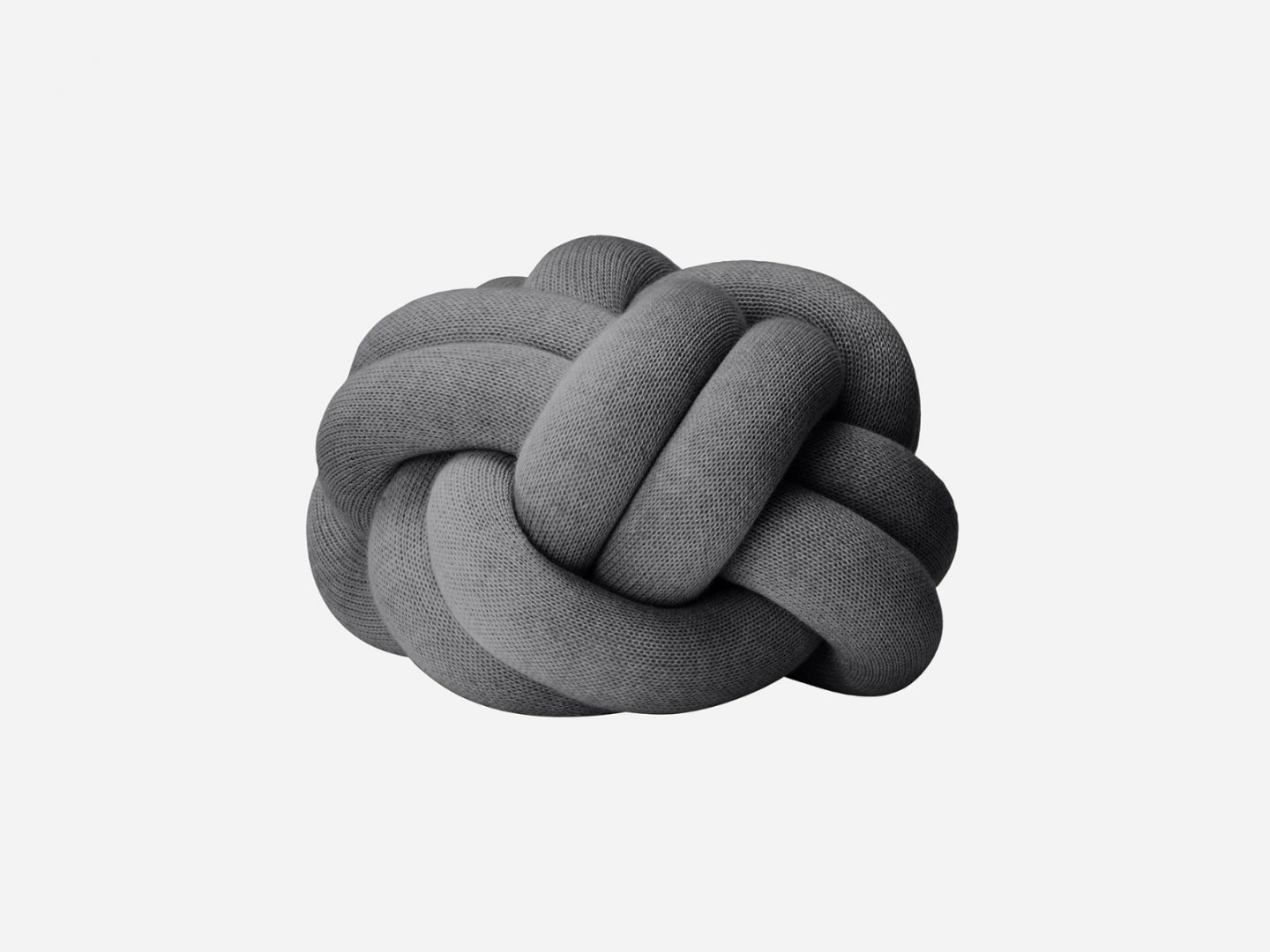 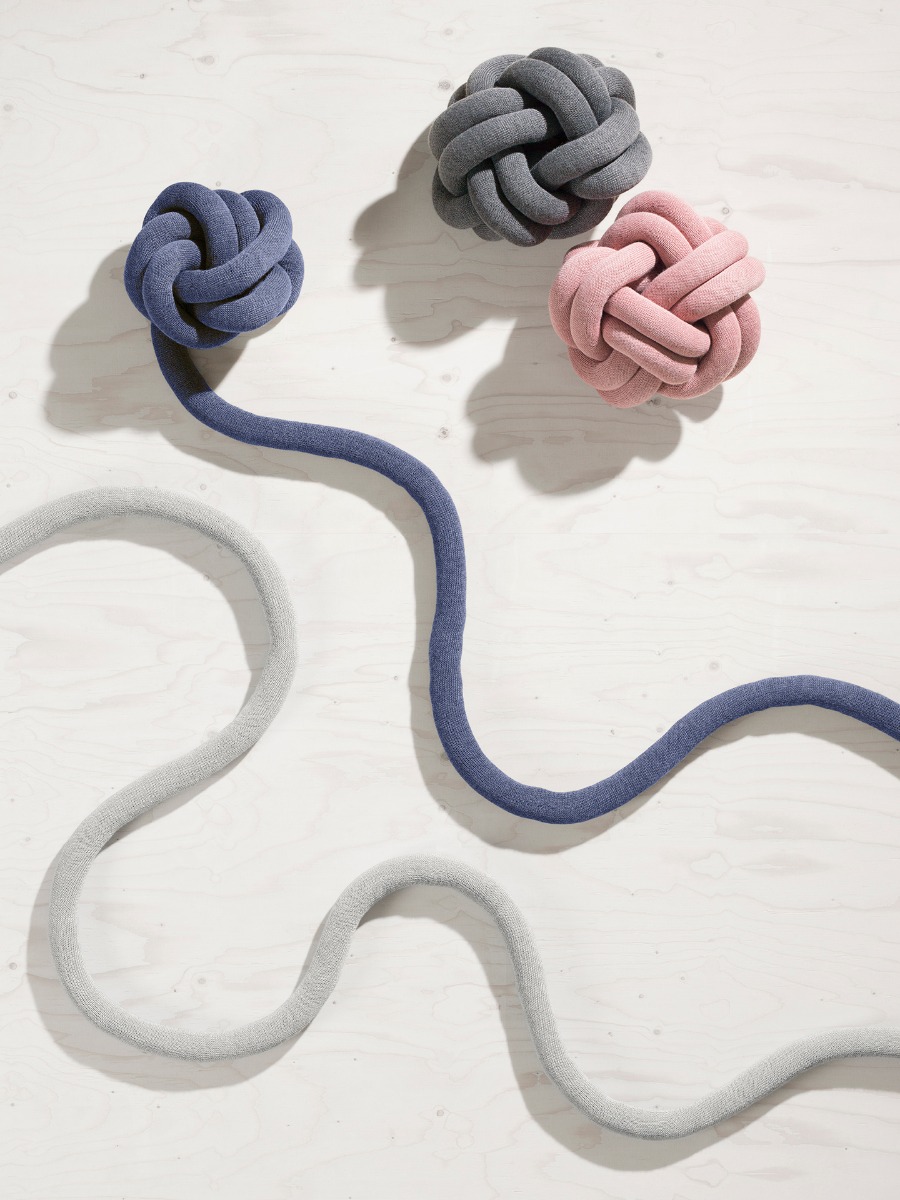 Knot is made from a knitted tube, several meters in length, which is then tied up to create a compact knot 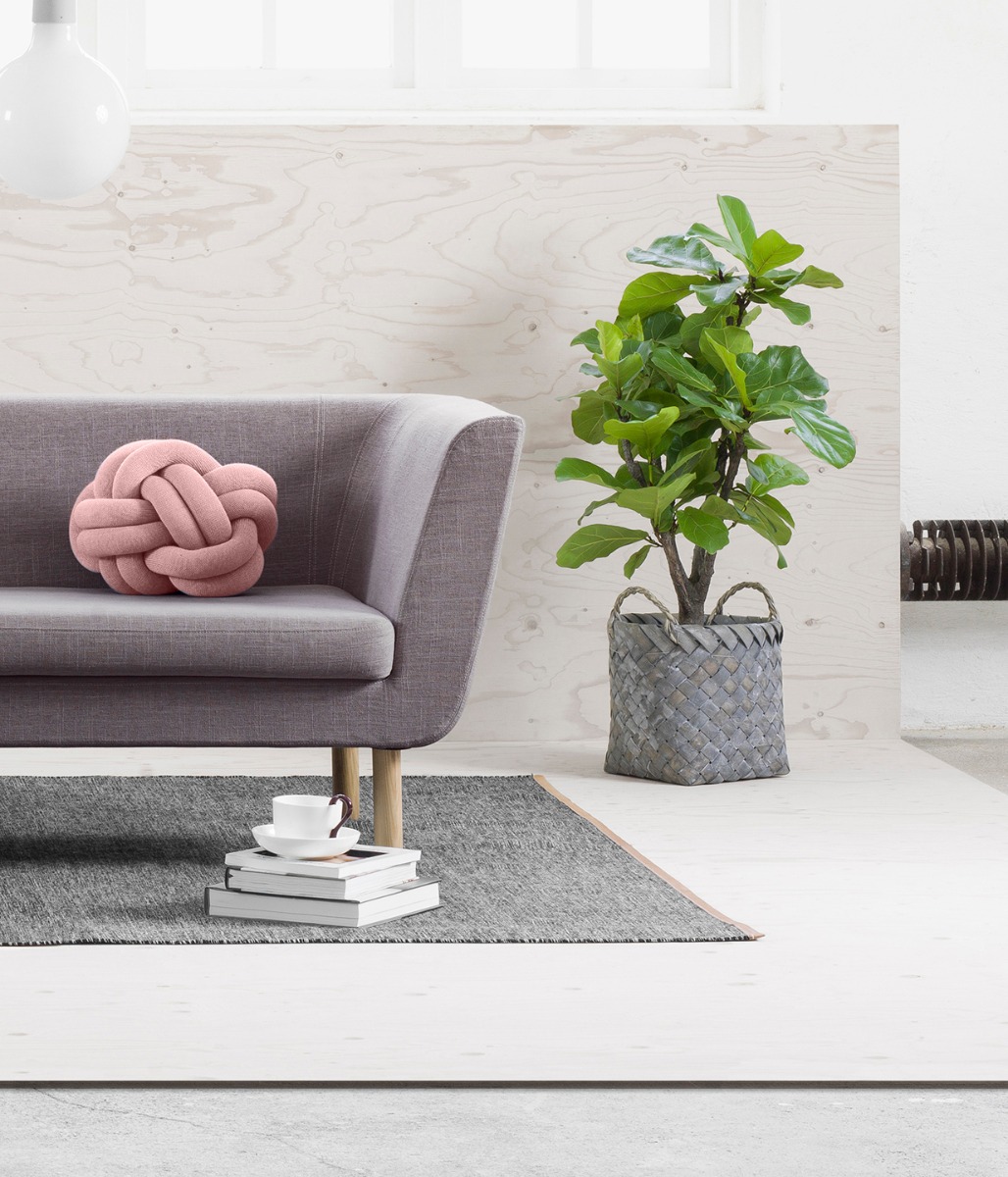 Knot is as comfortable as a support in the sofa as it is elegant to behold. 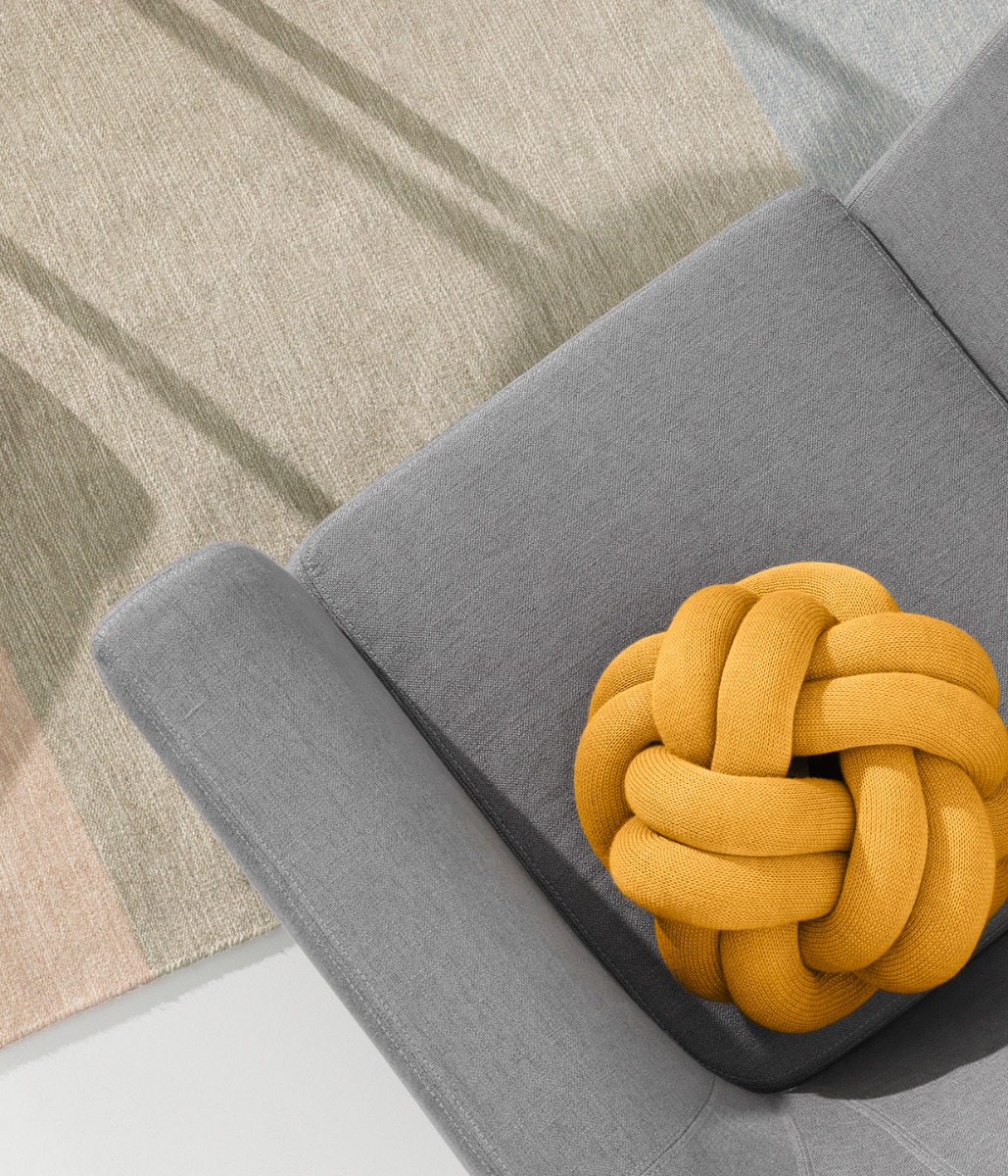 A cushion with an unique character, based on sculptural form instead of patterns. 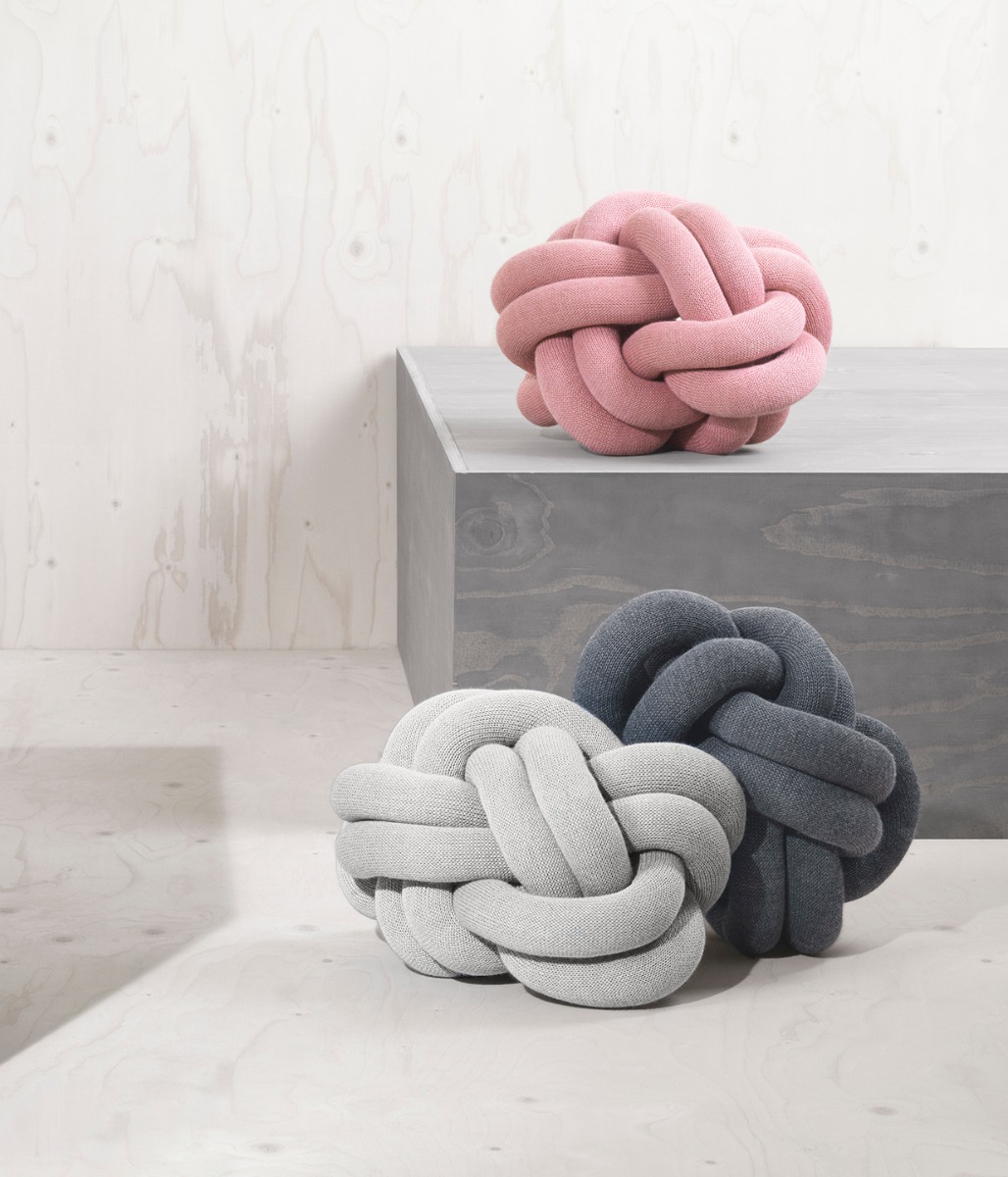 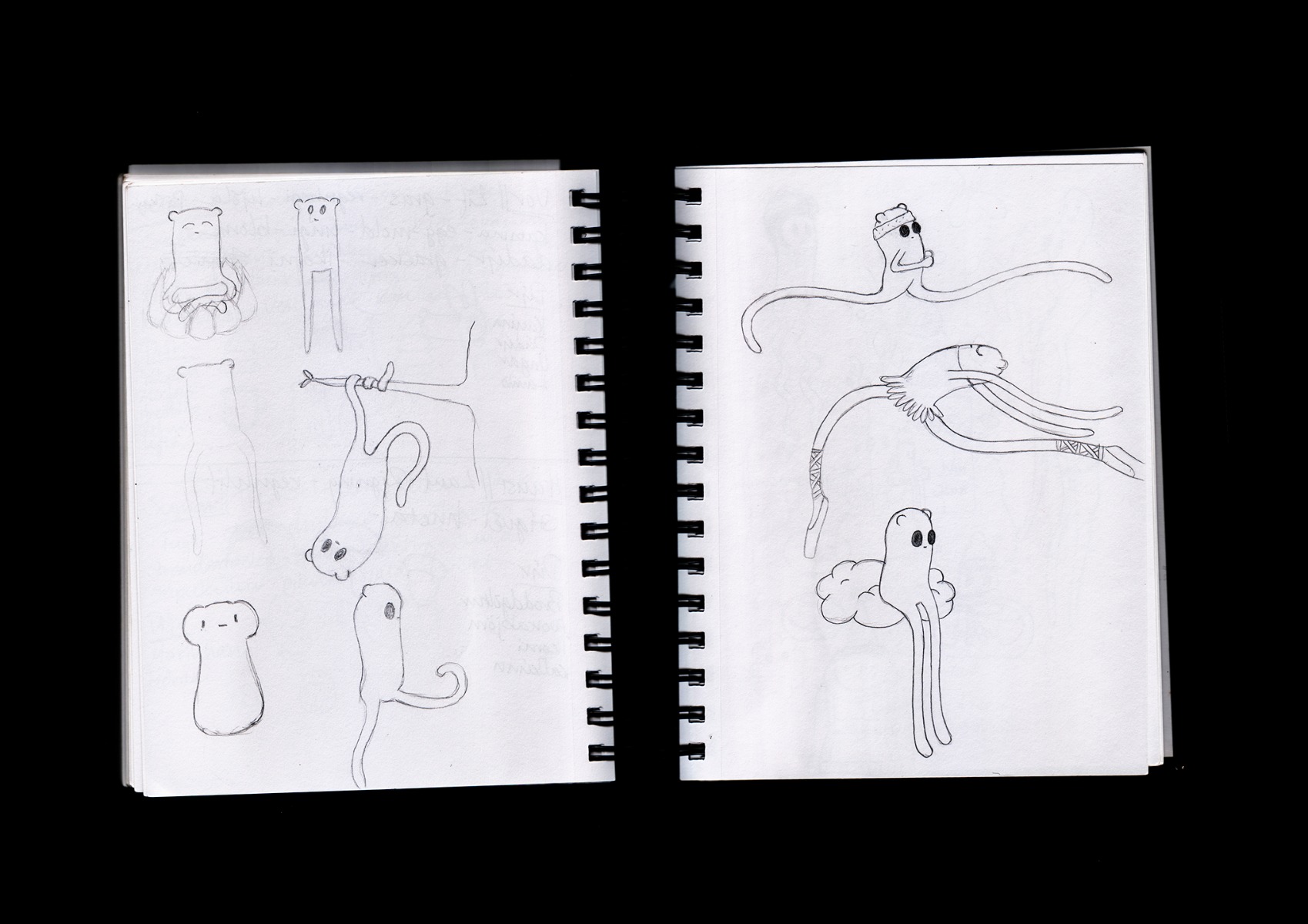 Ragnheiður was really looking for an efficient way of manufacturing the legs of a teddy bear rather than crocheting them by hand. 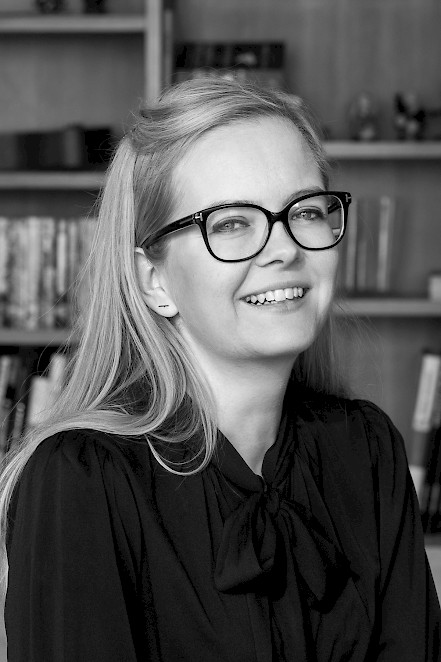 By helping her grandfather who was a signmaker in Iceland, Ragnheiður Ösp Sigurðardóttir was inspired to work creatively at an early age. “There was always this strong sense of DIY and making things happen. This way of thinking inspired me to open my mind and see that it is possible to create anything.” After studies at the Iceland Academy of Arts and Cranbrook Academy of Arts, Ragnheiður opened her own studio in Reykjavik. The Knot cushion was born in 2011, while she was making bear figures made of crocheted tubes. “I wanted to try tying the tubes into knots and seeing the outcome. I found the idea of a big, soft knot intriguing in a fun kind of pop-arty way. I also like that when you take a first look at the cushion you might not really know what it is, and perhaps that is what draws you closer.” View all products from Ragnheiður Ösp Sigurðardóttir

”You don’t really know what it is when first look at it, it offers an opportunity to use your imagination! It is part influenced by pop art, by pop-ups, looking like a sculpture, but a sculpture with function. That is what design should be: playful, comfortable, well built, and something that makes you smile.”

”I made knots as a girl scout and I learned to stich in first grade like every one else here in Iceland, it was mandatory, a part of our culture. And, yes, I would love to make a pair of mittens for Bernie Sanders!”

A cushion with an unique character, based on sculptural form instead of patterns. Knot is made from a knitted tube, several meters in length, which is then tied up to create a compact knot which is as comfortable as a support in the sofa as it is elegant to behold. Thanks to its strong design, Ragnheiður Ösp Sigurðardóttir’s Knot cushion belongs to the exclusive group of products that remain in one’s memory.

But there was a long way to go when she started experimenting with tubular knitting on a machine some five years ago. She was really looking for an efficient way of manufacturing the legs of a teddy bear rather than crocheting them by hand. But she ended up with a knot-like cushion and where exactly the inspiration came from she has wondered about herself: “As a child I was in the scouts,” she explains, “and I was very good at doing knots.”

Knot XL by Ragnheidur Sigursdottir is a fantasy form taking its inspiration in the making of knots, knitting, exploring sculptural forms instead of ordinary patterns. Born in part as a try to manufacture rather than crocheting legs for a teddy bear, the original Knot cushion became a homey art gallery piece. The XL version is even more: a new seating typology that adapt to everyone, and a perfect possibility to sit at the same levels as the very small kids. Lean on it, sit on it, relax on it, and let Knot XL break hierarchies when engaging in conversation. Let it replace or complement any sofa or lounge chair, a laid-back furniture piece at home, in a vibrant office, and in any informal public space. And when not in use, let it stand out as a sculpture. You can even use it for yoga, one of Ragnheidurs favourite personal uses.